You are here: Home / real estate agent advice / Burning Business Bridges Behind Me… 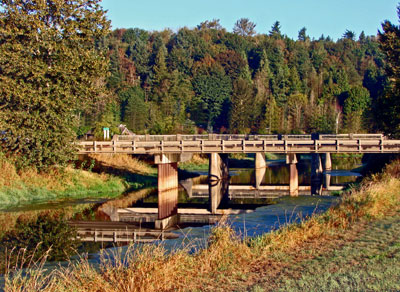 You’re probably too young to remember that old song… “Burning Bridges Behind Me.” It had a beautiful melody and a sad, romantic, message about lost love.

But burning business bridges is not romantic, and certainly doesn’t have a beautiful melody.

Perry Marshall once sent a message about a woman who “lurked” around his site for 3 years before finally jumping in to invest in his courses and materials. When she finally did, it was to the tune of about $8,000.

But he didn’t do that. He kept her on the list, gave her full access to all the free advice he hands out, and answered her emails when she wrote with questions.

Are you dropping people from your list because they don’t take action quickly?

Are you assuming that if they’re not interested now, they won’t be interested next week – or next year? Obviously, that’s a mistake, and a silly one. If you’re communicating via email, it costs you nothing to keep that prospect on your list.

Even after those prospects become clients, hang on to them!

Past clients can become long-term gold mines. First time buyers are especially valuable, because they are just entering their home-buying years. They could move up – or simply move – several times. In addition, first time buyers are excited about the purchase, so they talk to friends, family, co-workers, and everyone else who will listen. When you’ve served them well, they’ll be recommending you.

Instead of burning those business bridges, send interesting and/or informative messages.

Send them market reports, just listed/just sold cards, your newsletter, and/or my Event-themed staying in touch letters. Remind them regularly that you’re there for them, so that when the day comes that they need an agent, yours will be the name that comes to mind first.

Remember that in marketing, consistency is key, so create a system and stick with it. Here’s more on how to be consistent without being annoying.

What if you WANT to burn the bridge? 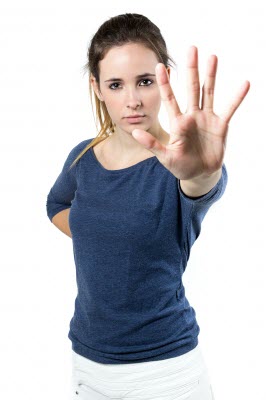 What about customers, clients, and prospects who are too demanding, ask you to commit illegal acts, or are simply unpleasant people? You actually want to burn your bridges with them. They’re not only time and energy thieves, they can be downright dangerous to you.

And then there are lenders, inspectors, and others that you never want to see again. So – try to avoid them, but don’t start burning bridges.

Unless you do it carefully, burning business bridges can spread and engulf a whole lot of bridges that you’d rather stayed intact.

You have to choose your words carefully, so that when your message is forwarded to friends, pasted into a blog, or otherwise distributed to the world, you won’t need to go hide under a rock.

As much as you want to yell and tell the person that they’re an inconsiderate idiot, or a common crook, or an unpleasant, nasty human being, don’t do it.

Blame something about yourself for “breaking up” with this particular person. If you were already in a transaction when you realized you couldn’t stand them, finish it to your best ability, then simply remove them from your database.

That’s what I did once upon a time when I had a particularly obnoxious, rude attorney for a client. When I got up from the closing table I went straight to my computer and deleted him, even though he had more properties to sell. That felt SO good!

Being a business person has it’s freedoms – but also its restraints. You need to keep close watch on your words and actions at all times, and never give the gossips a thing to talk about.

Bridge photo courtesy of Dreamstine
Woman with hand out courtesy of nenetus at FreeDigitalPhotos.net