Is it better to prospect by mail, email, or some other way? 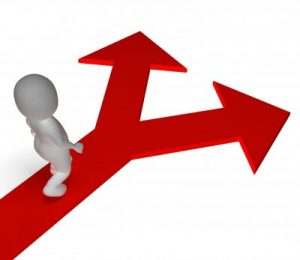 In real estate prospecting it is best to do all of the above.

When prospecting for new clients who have not given you permission to email, use postal mail.

When prospecting to people who have filled out a web form and provided their email address, feel free to use email. However, if they’ve also provided a physical address, it can’t hurt to write them now and then.

You can also prospect by networking, door knocking, cold calling (but mind the do not call list), and by using social media.

Remember to use your web site as “home base” and use all forms of real estate prospecting to invite people there to read more and become more and more impressed with the service you offer.

If I want to prospect for real estate clients by mail, how many letters should I send?

A general rule of thumb is that it takes at least 5 “touches” to get a response from a “cold list,” and that you’ll get the bulk of responses by the time you’ve touched them 12 times.

However, different experts/researchers have different opinions. The “3-7-27 theory” says that after 3 contacts they’ll recognize your name, after 7 they’ll recall who you are and what you do, and after 27 they’ll trust you.

All of my pre-written prospecting letter sets have at least 5 letters, and I recommend sending market reports, your personal newsletter, and just listed/under contract/ just sold cards in addition to the letters.

What are “touches” in real estate prospecting?

A touch could be a letter, a postcard, an email, a text, a brochure, a phone call, or a personal visit. When possible, it’s wise to use all forms. Do remember that you must wait for permission before using the phone or electronic communications. The last thing you want is to be labeled a spammer – or to get a fine for making unwanted phone calls.

The most frequently asked real estate prospecting question of all: “How often should I send prospecting letters?”

How often you should send prospecting letters depends upon the letters and the audience. When you’re writing to your farm area (also known as farming), every 3 to 4 weeks is fine. The same would be true for prospects in a niche market of people who have no obviously immediate need to sell. Those who own vacation homes, snowbirds, and empty nesters would fall into that category.

If you choose a niche filled with people who need to sell immediately, such as those who have received a notice of default, it’s wise to mail much more often. I’d suggest 2-4 days between the first 3 letters, then switch to 5-7 days between mailings.

If you’re prospecting to those with expired listings or those who are trying to sell “by owner,” I’d start with 3 or 4 mailings 5 to 7 days apart, and then drop to 10-14 days between letters. These are people who do have an interest in selling, so you’ll want to be the one they think of when they decide to list.

This category would also include those who need to sell, but whose time frame isn’t necessarily urgent. For instance, estate executors and divorcing couples.

When deciding how often to send your prospecting letters, consider the prospect’s likely state of urgency.

The more urgent their need to sell, the more often you should be in front of them.

Are prospecting letters or postcards better for getting new listings?

It depends upon your audience and what you say in your mailings. Just listed announcements on bright postcards do a good job, as do offers for a free market analysis. Longer messages work well on oversized postcards. They need to be large enough to leave “breathing space” around the copy.

Many agents alternate back and forth between letters and postcards in order to catch homeowners who prefer reading one or the other.

Can I use prospecting letters to attract buyers?

Absolutely. The only difference is you’ll have to work a little harder to get their mailing addresses.

I want to attract Millennials. Isn’t it true that mailings would be a waste of money because they only read on line?

No, it isn’t true. And in fact, recent surveys revealed that millennials LOVE real mail and are even more likely to read it and share it than are older people.

A reader asked “Which group of home owners are the most effective target for listing: expired, fsbo or something else?”

While any geographic territory or niche group that you enjoy is a good long-term target. I believe this agent was thinking more along the lines of finding some listings immediately.

My reply to her: That’s a good question. On one hand, those with expired listings have already shown their willingness to work with an agent. However, they may be feeling angry with agents and they may be weary from having to keep their homes show-ready and having to accommodate showings.

The FSBOs probably wanted to save the commission, but if they’ve been at it for a while might be ready to hand the task to someone else. I don’t know the percentage, but studies show that many FSBO’s do eventually list their homes.

I did find this:  “93% of real estate transactions are agent-assisted and only 7% as for sale by owner. We also know that roughly half of all FSBO listings are “closely held”, which refers to transactions between two parties that had a pre-existing affiliation before the sale.This data implies that for every 100 homes, only 3.5 will be sold FSBO between two parties that don’t know each other beforehand.”

Other “likely targets” are those who have an obvious need to sell. That would be probate executors, couples in divorce, and those who are facing foreclosure. These are good targets if you’re willing to ferret out their names and contact information, AND if you’re good at dealing with highly emotional situations without getting depressed yourself.

Other groups with an obvious urgency would be military and corporate people who are being transferred, but there are no public records to help you locate them.